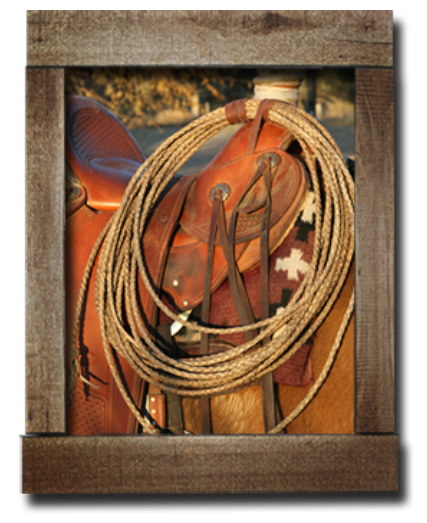 When the Spanish first came to the new world they brought with them the garrochas that they used to work livestock back in Europe. The garrocha is a long pole usually 10‘-12′ long with a length of rope attached at the end. The garrocha pole was used to guide the rope loop around the neck of whatever animal needed to be controlled. This method is still used in Europe, South and Central America, and Asia today.

The pole used for the garrocha was a direct descendant of the knight’s war lance. It was soon found to be impractical in the sagebrush and under low hanging branches of the oak trees that cover California.

The solution was to abandon the pole and begin using the rope alone. Available materials were limited to grasses and rawhide; clearly rawhide was the most practical choice for use on the ranchos.

Cattle were abundant and rawhide was abundant. A reata could be braided by a Vaquero in his spare time for personal use or for trade. If a reata was broken, it was relatively easy to splice it back together for temporary use while a new one was made. The broken reata could still be used for lead ropes, reins, quirts, etc. Some reatas were twisted instead of braided but these could not be easily fixed if broken. Some Vaquero used the maguey rope. The maguey was also twisted but it was made from the fibers of the maguey cactus. Even with their other options, the braided reata was still strongly favored. The ability to effectively use the reata soon became a badge of honor and the source of good natured competition. This practice was taken to the extreme with the California Vaqueros practice of roping bears. 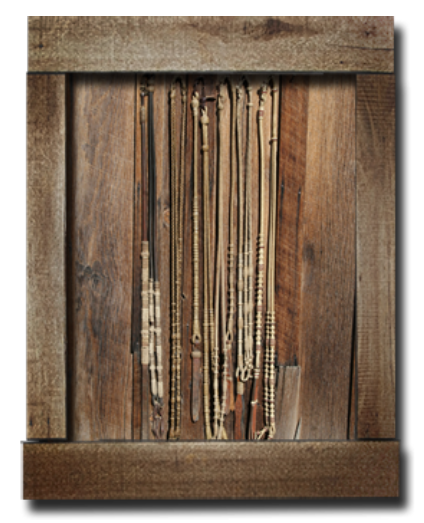 The classic braided rawhide romal reins that we associate with the reined working cow horse today come directly from the California Vaquero. These reins are a simple adaptation of the single rein that has been used since man first bridled the horse. The addition of a whip to the end of the reins was a logical step forward for the Vaquero. When the Vaqueros began using the reata to catch cattle and horses they could no longer carry a whip or bat so they simply incorporated it to the end of the reins. The romal attached to the end of the reins had the added benefit of adding balance to the reins when held in the off hand.

Again the Vaqueros turned to rawhide as the material of choice, although horse hair, flat leather, and braided leather was sometimes used. The base of the reins could be braided just as the reata was, but much more intricate braiding patterns soon developed. The real genius of this design was the addition of the buttons and barrels braided onto the reins. This knot work was added to the ends of the
reins to add weight and balance. The added weight helps to keep the reins from swinging and bouncing when the horse is being worked.

The spade bit traces its origins all the way back to ancient Rome.

You can find examples of ancient Roman bits with the classic spoon mouth piece that makes the spade bit so unique. The Moors who controlled Spain through the dark ages introduced this style of bit to the Europeans. The Moorish bits evolved through the middle ages and eventually developed into the spade bit favored by the California Vaqueros.

giving the horse more to hold on to. Any bit can injure a horses mouth if it is not used properly but the grazer style bits can cut a horses mouth more easily than a spade. When talking about the spade bit one thing that must never be overlooked is all the work that goes into training a horse before the bit ever goes in the horse’s mouth. The spade bit is used as an aid in cueing the horse, not as a means of forcing the horse into compliance.

Interestingly many of the western bits used today can be found in European museums and historical texts. Even many of the “new” correction bits have counterparts dating back to the middle ages and renaissance.

Another side note: the Vaquero used many other styles of mouth piece in his bits. Not every horse responds best to a spade so the Vaquero had a lot of other tools at his disposal. Examples of the Chileno (ring bit), half breed, Mona Lisa, etc will be added to this page soon. 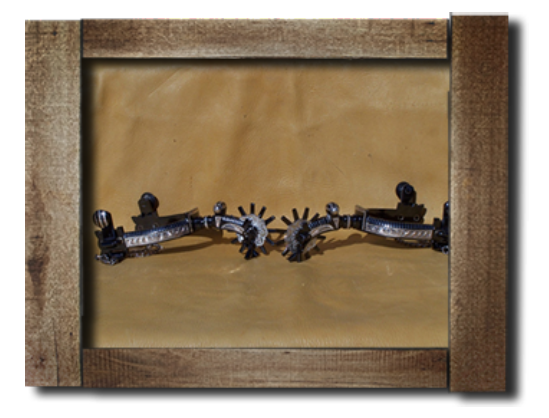 Like most Vaquero gear, the classic Vaquero spurs date back to the knights of Europe. You can find examples of these spurs in the museums of Spain, Portugal, and even Germany. Some of these spurs are identical in appearance and function as those used by the old time Vaqueros and the Vaqueros of today.

You can find renaissance paintings of Spanish nobility wearing spurs that are
almost identical to Vaquero spurs, right down to the jinglebobs.

When looking at these spurs many people see the big rowels with all those points sticking out and think that they are a very severe spur. Like bits, any spur can be misused. But the size of the rowel does not determine the severity of the spur. The severity of the spur is determined by the distance between the points on the rowels. The closer together the points are, the milder the spur.

Many Vaquerospurs have the points so close together that it is much like using a round disk instead of a pointed rowel. The length of the spur shank is also not a function of severity. The most important aspect of the shank length is in relation to the length of the rider’s legs and the size of the horse. If the rider has long legs, then that rider can often benefit from a longer shank spur in order to make proper contact. If a rider has very short legs, then a short shank spur is usually best. 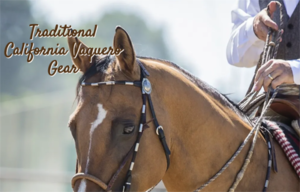 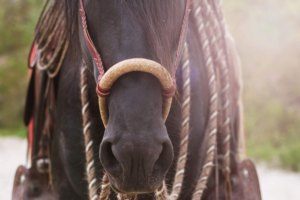 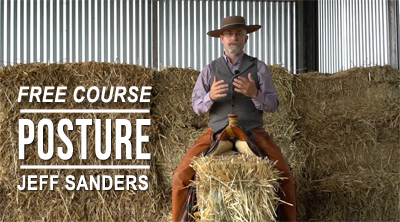 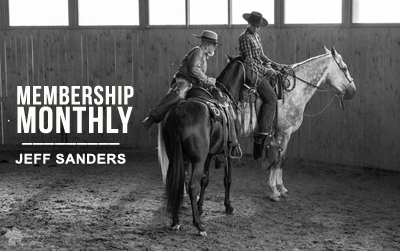